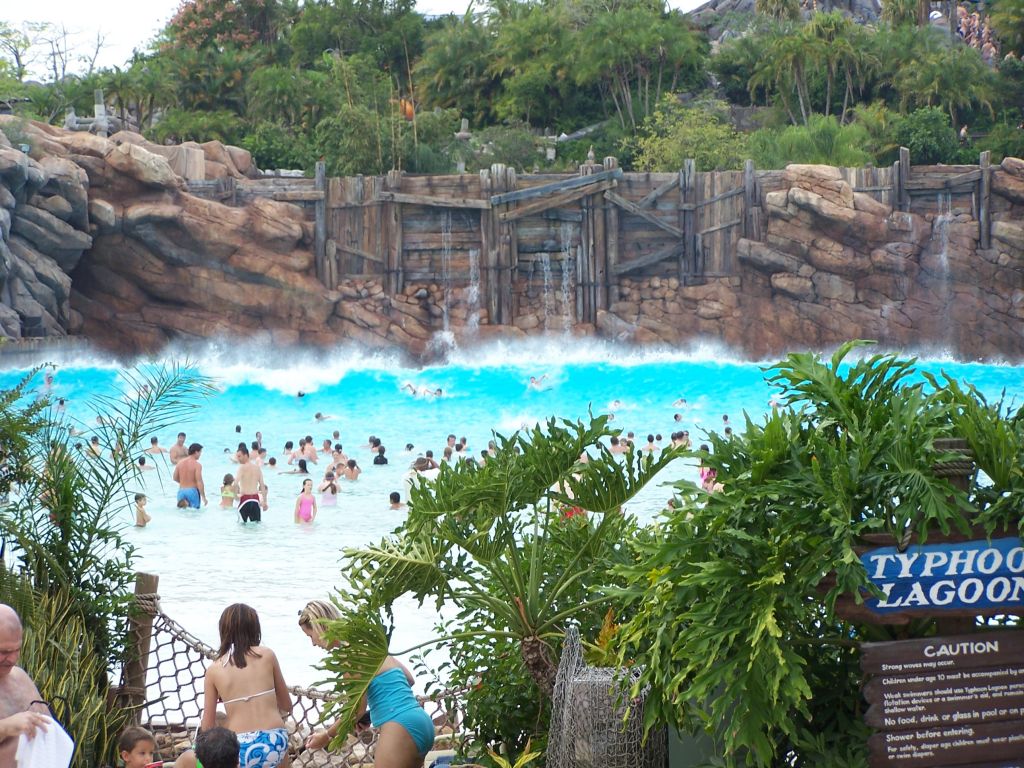 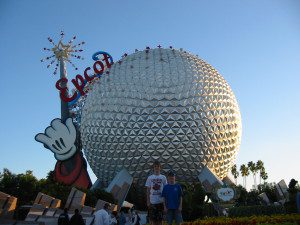 if your kids or teens are too “old” to enjoy a Disney Vacation? Need to know what there is for them to do?

Can teens really have fun at a place like Walt Disney World? Absolutely! Actually, be prepared to have the time of your life. It’s a safe place to assert some independence from your parents, a place you’ll never forget.

Here are some of the best experiences for teens at “The Most Magical Place on Earth”:

For a blast of a time, head to one of Disney’s two water parks. Blizzard Beach has a melting alpine resort theme where chairlifts carry swimmers instead of skiers. It’s a place for daredevils to challenge wild, rushing water and death-defying slides including the Summit Plummet, a 120-foot slide reaching speeds of 60 miles per hour.

Those a bit less adventuresome will love Typhoon Lagoon, a tropical fantasyland offering a wave pool with the tallest simulated waves in the world as well as a chance to snorkel among tropical fish, leopard and nurse sharks, and picturesque coral at Shark Reef.

Walt Disney World for Teens – Live it Up at Downtown Disney

After the parks close hop a bus from your Disney resort for a night on the town at Downtown Disney. Highlights include Disney Quest with five floors of interactive games, a 24-screen AMC Theater, a Cirque du Soleil show, and over 60 shops and restaurants.

Favorite dining choices for the younger crowd are Planet Hollywood and Rainforest Café. And definitely consider House of Blues where teens are allowed to attend some of the almost daily concerts in their live music venue next-door.

When your parents are wondering which resort to book for your Disney vacation, be sure and put your two cents in and steer them toward one with a great pool.

Disney’s very best uniquely themed pools include the Yacht and Beach Club’s Stormalong Bay, a 3-acre mini-water park, the Swan and Dolphin’s lush, grotto-style lagoon pool, the boulder-strewn wonderland at the Wilderness Lodge with its very own erupting geyser, and the Volcano Pool at the Polynesian Resort with its luxuriant waterfall, smoking peak, and perfect views of Cinderella’s Castle.

Disney’s Contemporary Resort is the place for water-ski, parasail, wakeboard, kneeboard, and jet-ski action under the guidance of a professional instructor.

There’s nothing better than a bird’s-eye-view of the Magic Kingdom as you parasail high above the Seven Seas Lagoon.

And the action down below on Bay Lake is a blast! For reservations call 407-WDW-PLAY up to 90 days in advance, and be sure to bring a parent along to sign a waiver to participate if you’re under age 18.

Walt Disney World for Teens – Pilot Your Own Boat

What could be more fun than renting a Sea Raycer, a 2-seater mini-power boat perfect for zipping around Disney’s waterways and lakes. It’s a great pastime for teens with a valid driver’s license (those under 18 must bring along a parent to sign a waiver).

You’ll get the most bang for your buck at one of the resorts near the Magic Kingdom (the Contemporary, Polynesian, Grand Floridian, or Wilderness Lodge) where you’ll find miles of recreation on the Seven Seas Lagoon and Bay Lake.

Scuba dive or snorkel in The Living Seas 5.7-million-gallon saltwater aquarium amid a variety of sharks, rays, fish, and turtles.

Epcot’s DiveQuest Program along with the Seas Aqua Tour using a Scuba Assisted Snorkel unit (snorkelers swim on the surface with a built-in flotation device while breathing compressed air from a regulator attached to a small tank) are two of the most exciting behind-the-scenes tours offered in all of Walt Disney World.

Dives include all equipment, but be sure to bring a bathing suit.

DiveQuest is open to certified divers, but those ages 14 and under need to dive along with a parent or guardian. The Seas Aqua Tour is open to participants under age 18 as long as they are accompanied by a participating adult. Call 407-WDW-TOUR for reservations.

Walt Disney World for Teens – Surf’s Up at Typhoon Lagoon 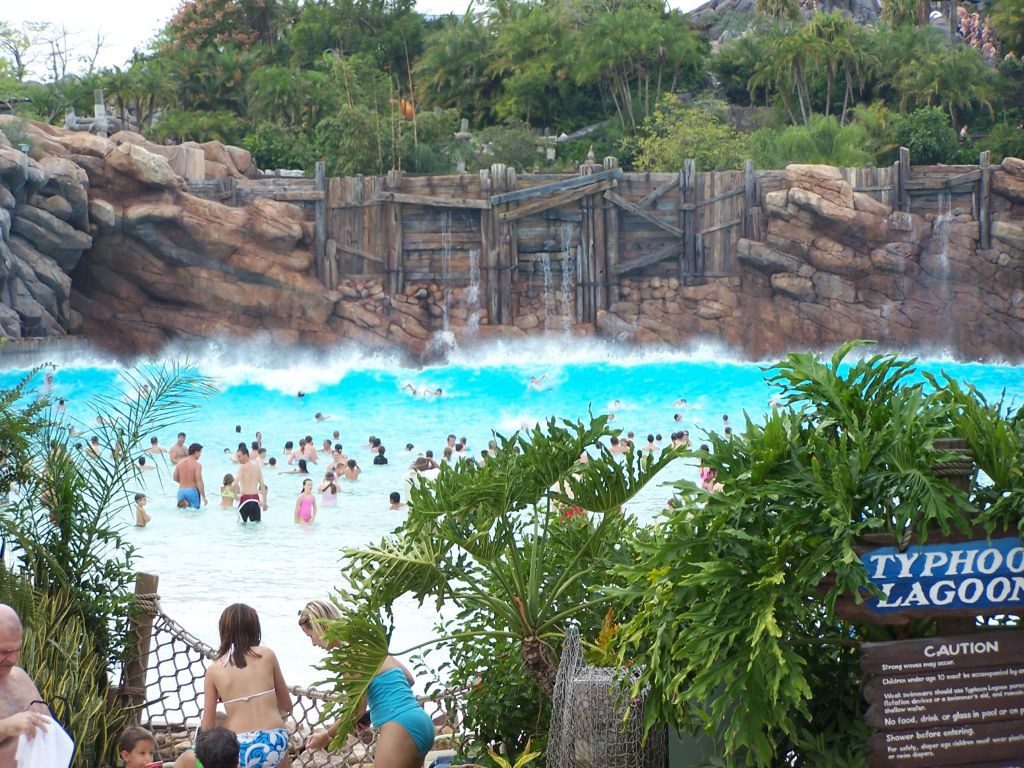 “Hang 10” before park opening hours in the 2.75-million-gallon wave pool (some waves as high as 6 feet tall!) under the guidance of professional instructors with surfboards provided. Guests must furnish their own transportation to the park since Disney buses are not up and running that early in the morning, and those under age 18 must have a signed waiver from their parents to participate. Call 407-WDW-PLAY for reservations up to 90 days in advance.

Lying next to the Magic Kingdom is this speedway where white-knuckle rides in a NASCAR Winston Cup-style race car are offered.

If you are at least 16 you can participate in the Ride-Along Program where you’ll ride shotgun at speeds of up to 145 mph for three laps around the track with an experienced instructor (riders 16 or 17 years of age must be accompanied by a parent or legal guardian).

Even more exciting, those ages 18 and older can drive the car themselves after an introductory class. If you just want to observe you can do so for no charge. Call 800-BE-PETTY for advance reservations.

Head for a Theme Parks

Last but certainly not least are the theme parks. If you’re staying on Disney property it’s a cinch to board a monorail or a Disney bus and head out to the parks on your own.

At the Magic Kingdom you’ll find all the old nostalgic favorites like Space Mountain and Pirates of the Caribbean. And don’t forget to head straight to Splash Mountain, an unforgettable ride that ends in a plunge over a 5-story waterfall!

Epcot’s main attractions for fun-loving teens are Mission Space, a hair-raising rocket into space, and Test Track where you’ll speed through hairpin turns and then barrel outside onto a high-speed banking loop at over 60 mph. At Disney-MGM Studios you’ll be floored by Rock ‘N’ Roller Coaster and The Twilight Zone Tower of Terror, both a thrill a minute. Then there’s the Animal Kingdom where a trip around the African savanna at Kilimanjaro Safaris and back in time 65 million years at Dinosaur are quite the adventure.

Super thrill seekers should plan a day at Universal Orlando’s Islands of Adventure where attractions like the Incredible Hulk Coaster, Dueling Dragons, and The Amazing Adventures of Spiderman will leave your heart pounding.

So do you still think Disney is just for kids? I bet you can’t wait to pack your bags. And don’t forget to thank your parents on your return home for taking you to one of the most exciting places on the planet.

Read Next >>> Why You Should Experience SeaWorld Orlando Family Vacations

About the author: Cara Goldsbury is the author of “The Luxury Guide to Walt Disney World: How to Get the Most Out of the Best Disney Has to Offer” available at 800-247-6553, www.luxurydisneyguide.com, Amazon.com, or your local bookstore.

Going to Orlando? Advice for the Orlando Theme...