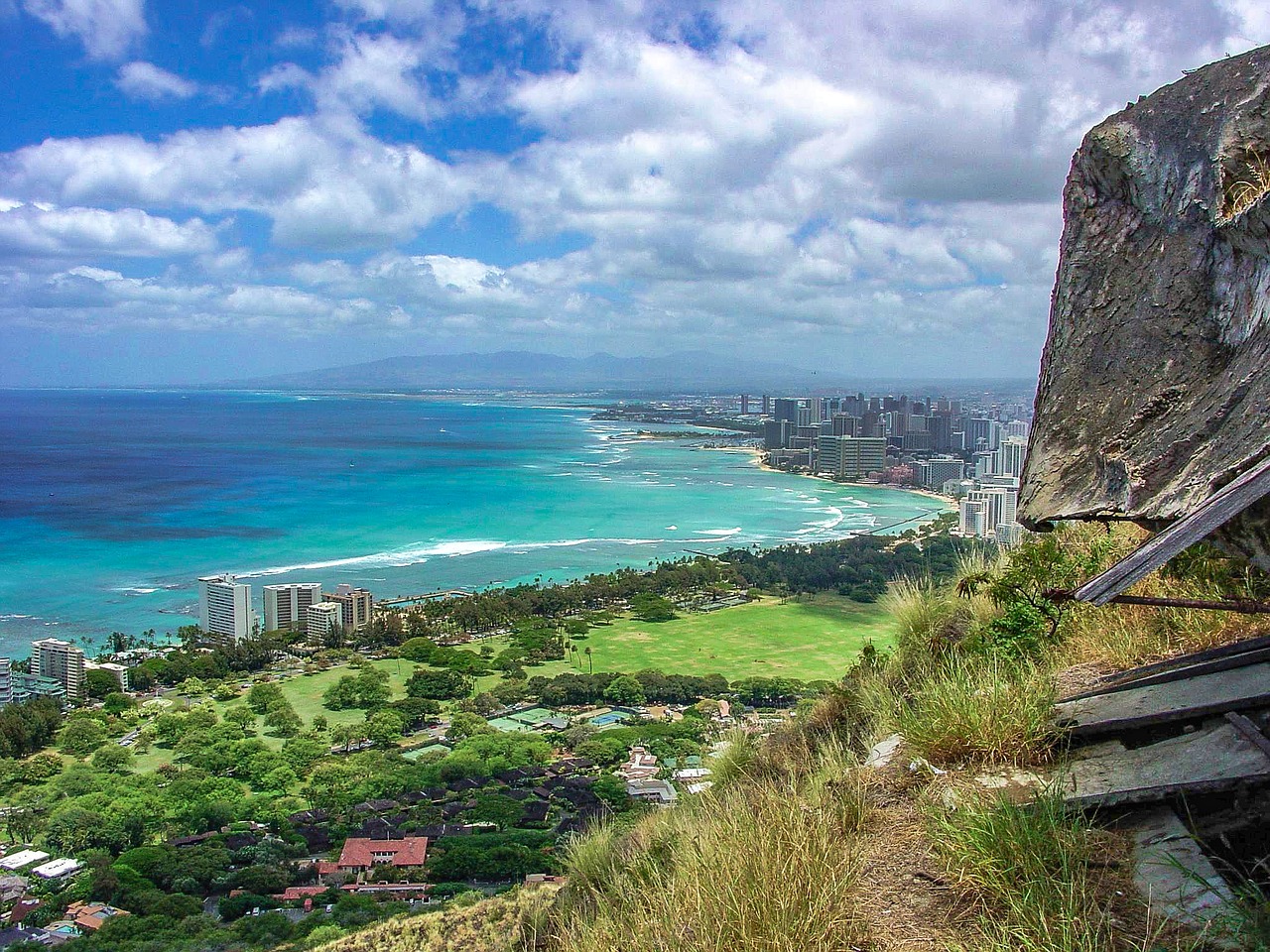 Hopefully an Oahu Hawaiian vacation is on your bucket list! Among the Hawaiian Islands, Oahu is called “the Gathering Place.” Oahu is home to the majority of Hawaii’s population, including its capital and largest city, Honolulu. Nevertheless, Oahu has no lack of the natural beauty for which Hawaii is famous. A guided island tour Honolulu is an ideal introduction to Oahu’s charms.

Hawaii’s islands are famed for its beaches, and Oahu is no exception. World-famous Waikiki, located in Honolulu on Oahu’s southeast coast, was a tourist destination long before Hawaii was a state. Waikiki contains Oahu’s largest concentration of hotels, no shortage of shops, restaurants, and nightlife, and a host of resort activities. Also visible from this neighborhood is the scenic Diamond Head volcanic crater.

While surfers abound on Waikiki beaches, the best breaks are located on the opposite end of the island along Oahu’s North Shore. Non-surfers may instead snorkel or swim within a Hawaiian marine ecosystem at Hanauma Bay.

Crossroads of the Pacific

Despite being one of the most isolated cities on Earth, Honolulu is remarkably cosmopolitan, with plenty of urban entertainments on offer. Honolulu has been Hawaii’s capital since its days as a sovereign kingdom, whose legacy is still on show at the royal palace. Downtown Honolulu and Waikiki boast Hawaii’s premier dining and shopping opportunities, while Ala Moana Center is the world’s largest open-air mall. Inland, Hawaii’s multiculturalism is displayed at the interfaith Valley of the Temples cemetery.

Few events are more significant in American history than the Japanese bombing of Pearl Harbor on December 7, 1941, which compelled America’s entry into World War II. The Pearl Harbor National Memorial commemorates the heroic sacrifice of US soldiers on that “date which will live in infamy.” Among other activities, history buffs can view the sunken wreck of the U.S.S. Arizona, destroyed with 1,177 of its crew during the surprise attack.

Oahu is the heart of Hawaii. With constant warm weather and warm locals, Oahu waits for you.

3 Things To Bring for Your Camping Trip

Big Island Vacations – Have fun on your...