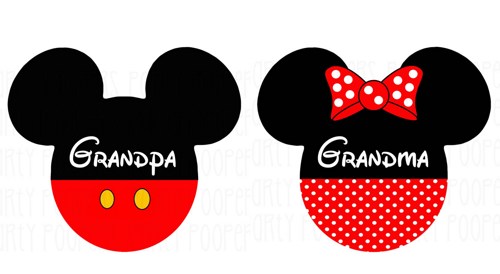 Want to spoil the grandchildren? Then take grandchildren to Walt Disney World: “The Most Magical Place on Earth”. And spoil them you can with so many things to see and do that children as well as adults will absolutely love. It’s a vacation guaranteed to create lasting memories. Here are some suggestions that will make this very special trip one to remember for a lifetime:

Kids love swimming pools, and Disney resorts come with some of the best.

Children’s favorites: the Volcano Pool at Disney’s Polynesian Resort featuring a smoking volcano slide, underwater music, and sparkling waterfall, all with a superb view of the Seven Seas Lagoon; the Wilderness Lodge’s boulder-lined pool featuring glistening waterfalls, rocky overlooks, a fun water slide, and nearby geyser; the eye-popping Stormalong Bay, a mini-water park complex that meanders between the Yacht and Beach Club, offering three acres of winding, watery delight including sandy bottom pools, a giant “shipwreck” waterslide, tidal whirlpool, bubbling hot tubs, a kiddie pool with its own slide next to the beach, and enough length to float lazily in inner tubes to your heart’s delight.

Start Your Day Together at a Character Breakfast

Young ladies don their favorite Disney princess costumes at Restaurant Akershus in Epcot’s Norway pavilion to dine with Sleeping Beauty, Snow White, and Belle, while both boys and girls alike adore the Fantasyland breakfast offered at the Magic Kingdom’s Cinderella’s Castle. Just be sure to call 407-WDW-DINE exactly 90 days prior at 7 a.m. Eastern time to assure yourselves a spot at these coveted venues.

Head Over to Ft. Wilderness for a Campfire Sing-along if you take the grandchildren to Walt Disney World

Gather ’round the campfire each evening at Disney’s Ft. Wilderness for a sing-along, marshmallow roast, and a Disney animated movie. It’s complimentary to all Walt Disney World resort guests.

Start Your Day Early at the Magic Kingdom

Each morning one of Disney’s theme parks opens an hour early only for guests staying at a Disney resort. The Magic Kingdom’s early open days are Sunday and Thursday, a perfect opportunity to knock off the children’s attractions in Fantasyland where waits can sometimes be extremely lengthy during normal park hours.

The wonderful Share a Dream Come True parade is Walt Disney World’s best where giant floats topped with rotating globes, twinkling lights, and live Disney characters are accompanied by over a hundred walking characters and a medley of classic Disney songs. And the Jiminy Cricket narrated nighttime fireworks display is probably the most magical experience in all of Disney when you take the grandchildren to Walt Disney World.

Take a Spin on a WaterMouse Boat

Rent one of these two-seater mini-power boats for zipping around one of Disney’s waterways. The grandkids will love you for it. They’re available at the Contemporary, Polynesian, Grand Floridian, the Yacht and Beach Club, Downtown Disney, and the Wilderness Lodge.

Head to a Water Park for a Splashing Good Time

Disney has two of the most fantastic water parks imaginable, Blizzard Beach and Typhoon Lagoon, each offering their own brand of wonder. At Blizzard Beach you’ll find quite a few tame attractions along with wild, rushing water and death-defying slides. Typhoon Lagoon offers a whopper of a surf pool. But both have wonderful children’s areas with smaller versions of the adult attractions. There are even areas for the adolescent set.

About the author: Cara Goldsbury is the author of The Luxury Guide to Walt Disney World: How to Get the Most Out of the Best Disney Has to Offer

Discount Disney tickets purchased in advance will save you time and money.

Disney Tickets will be high on your shopping list.

You will need Walt Disney World tickets so step 4 in planning your perfect Disney Vacation is making sure that you have all the money saving discounts that you can get. This is another factor to consider because Disney World Vacations are not cheap. There are however several ways to and get some great discounts and make it more affordable.

We know that an Orlando vacation can be expensive and so buying your Disney Tickets ahead of time can work out to be less expensive.

The advantages also are that you do not have to wait in line, you know your costs up front and you can sometimes purchase tickets that you cannot get at the gate.

Other options are ticket-selling outlets which are often located in the lobbies of off-site hotels. These outlets are authorized to sell Disney one-day tickets as well as multi-day passes such as the Park Hopper Plus and often offer them at slightly discounted rates. The key word here is “slightly.” You’ll save an average of $3 – $4 per person per day.

The guys will tell you it’s just a couple of hours – don’t you believe it. Disney tickets cost hundreds of dollars, why would they just give them away???

Best Resort Orlando – The Best Orlando Has to Offer

Why book a Disneyland Vacation Package for Your...

Planning Your Walt Disney World Vacation With Your...