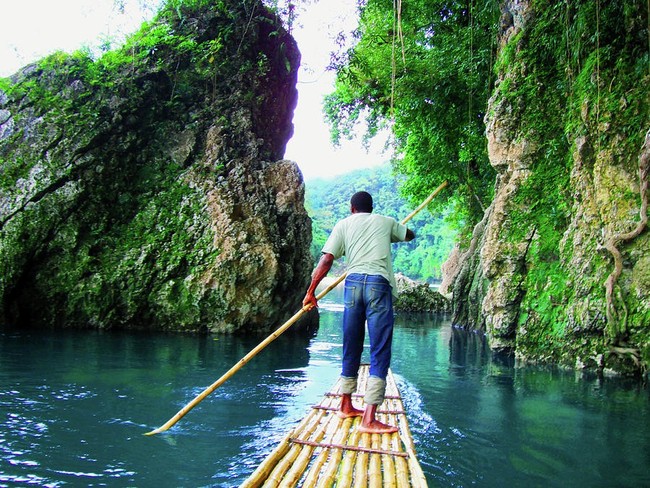 Family Vacation in Port Antonia: Port Antonio, one of the Caribbean’s most beautiful bays, is surrounded by the Blue Mountains. The town dates back to the 16th century, and sights include Mitchell’s Folly, a 2-storey mansion built by the American millionaire Dan Mitchell in 1905, and the ruins of a 60-room Great House.

The surrounding sea is rich in game fish, with blue marlin as the great prize (there is an annual Blue Marlin Tournament run alongside the Jamaican International Fishing Tournament in Port Antonio every autumn); there are also kingfish, yellowtail, bonito and wahoo. The island’s most lavish homes are dotted along in the foothills. The scenic Somerset Falls nearby are a popular picnic spot.

Beaches in the Port Antonio area include San San and Boston (where the Jamaican ‘jerk pork’ is found), while the Blue Lagoon is a salt-water cove offering fishing, swimming and water-skiing and is considered one of the finest coves in the Caribbean.

Kingston is Jamaica’s capital city and cultural centre. With the largest natural harbour in the Caribbean (and seventh-largest in the world), Kingston is also an industrial centre where Although most tourists head for the Jamaica beaches and Jamaica resorts, Kingston has much to offer in the way of sightseeing. The National Gallery of Art has a colourful display of modern art and is recommended. Hope Botanical Gardens contain a wide variety of trees and plants, and are particularly famous for orchids.

There is a Crafts Market on King Street and the Port Royal, on top of the peninsula bordering Kingston Harbour, is a museum to the time when Port Royal was known as the ‘richest and wickedest city on earth’ under the domination of Captain Morgan and his buccaneers.

Half Moon – All Inclusive Family Resort

Half Moon – All Inclusive Family Resort

Discover the Best All Inclusive Scuba Vacation for...