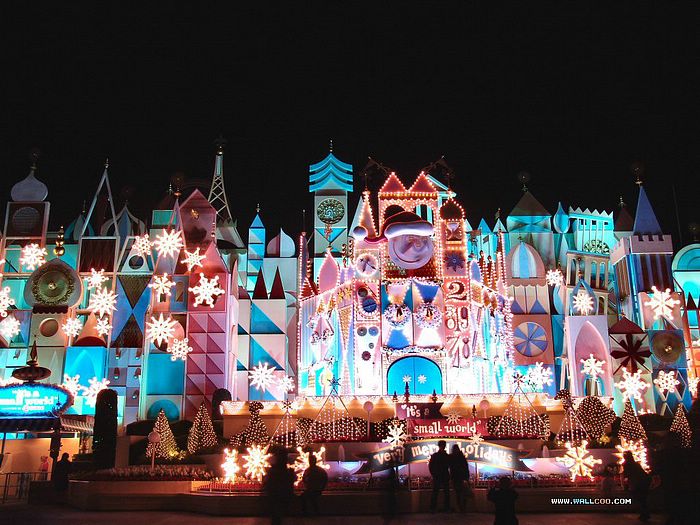 Why book a Disneyland Vacation Package for Your Family Vacation? 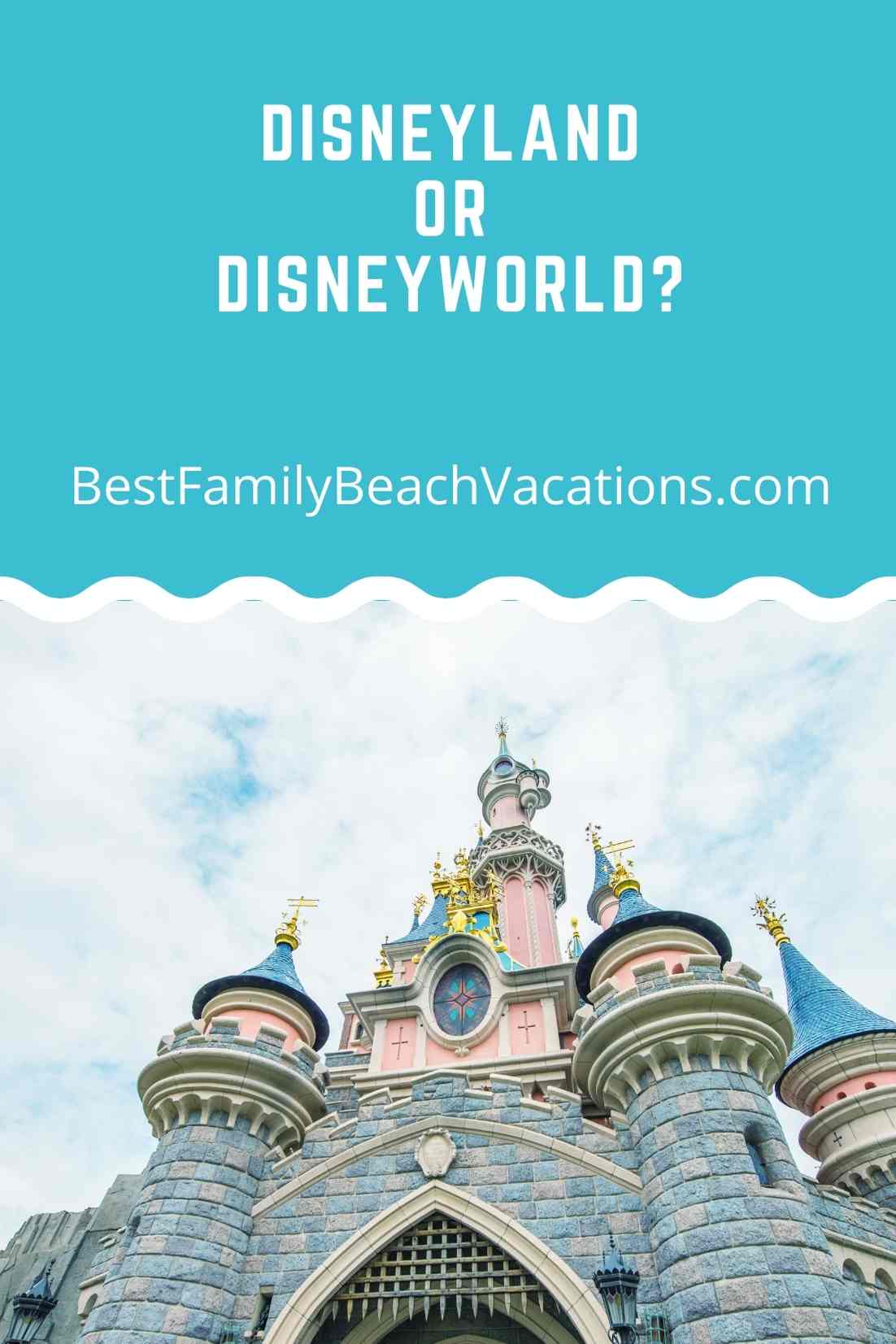 The resorts in Florida are all themed. In contrast, only the Disneyland Resort Hotel (the Grand Californian, Disneyland Hotel and Disney’s Paradise Pier Hotel) are themed. So why would anyone want a Disneyland vacation package when they can go to Walt Disney World instead?

The answer is really very simple, Disneyland was the first theme park and it all began in Anaheim, California. The very ideas, concepts, and inspirations that eventually resulted in the Magic Kingdom, Epcot, the Disney / MGM Studios, the water parks, and the themed resorts of Walt Disney World originated at Disneyland.

Smaller scale and more intimate than Walt Disney World’s Magic Kingdom (although actually boasting more attractions), there is a certain magic in the air. Maybe it has to do with Walt Disney’s hands-on role in shaping the park and actually walking its grounds.

Disneyland was built during Walt Disney’s life. He personally was involved in the design and development of many of the attractions in the Disneyland park. Both Disneyland and Walt Disney World were dreams of Walt Disney, which is true.

But only Disneyland has the charm of being Walt’s little family park and makes it ideal to find a Disneyland vacation package best suited for your family.

A must see on your Disneyland vacation package, Indiana Jones and the Temple of the Forbidden Eye” is one. “Roger Rabbit’s Cartoon Spin” and “Pinocchio’s Daring Journey” are others. “Fantasmic!”, the Walt Disney Company’s most spectacular night time show can be seen in it’s original form only at Disneyland.

Disney’s California Adventure and Downtown Disney add another day and a half of Disney vacation package content here in Anaheim so there is plenty to keep you busy when you pick your Disneyland vacation package.

The best way to keep it in perspective is if you only have a few days, a Disneyland vacation package is do-able.

First-time visitors will be able to take in the Disneyland Resort with a three- or four-day visit, as opposed to the full week or more a first-timer would need to see Disney World. That leaves a visitor with a few extra days to visit some of Southern California’s other attractions, including Knott’s Berry Farm, Universal Studios, Legoland and of course the beaches.

Top Things to Do and See In Disneyland

Fire Station – In the upstairs window over the firehouse entrance, there is a light that is always lit in honor of the parks founder, Walt Disney. The upper floor of the firehouse was Walt’s private apartment when he stayed at the park while it was under construction. Windows above Main Street businesses you will see names painted on the windows.

These names are of animators and park officials back from the early days of the Walt Disney Studios and during the conception of the park. If you look carefully, you’ll see Walt’s brother Roy immortalized. Plaza Inn Not only is this a great place to eat, but it was Walt’s favorite eatery.

Blast off to infinity and beyond! At Innoventions – Hidden Mickeys abound in this attraction.

Here is a clue to start you out. Look between the 3rd and 5th rows on the computer keyboards in the Frontier of Tomorrow section. You find Mickeys name spelled out.

Star Tours Intercom – announcements have clues to George Lucas early career and a robot drone has many tales of woe to tell.

It is said that Space Mountain has a resident ghost. He is said to hang out at the top of the third lift just before you start on the downward part of this wild coaster journey. Be sure, yell out your hello, and don’t forget to look up at the large asteroid projected above you. It began life as a picture of a chocolate cookie.

Snow Whites Secret Grotto – Be sure to visit the wonderful space of quiet solitude next to Sleeping Beauty Castle. Here you can listen to Snow White sing, hear the waterfall as it tinkles a merry tune and make a wish in the wishing well.

Sword in the Stone Ceremony Several times a day a child is crowned as ruler of the Magic Kingdom and presented a very nice medallion and scroll. This takes place in front of King Arthur’s Carousel and the guidebook will tell you the times.

Peter Pans Flight- As you enter the attraction, the children’s playroom comes into view, and the letter blocks spell out Disney from bottom to top.

Matterhorn Bobsleds – the only mountain in the world that contains a half court size basketball floor.

Indiana Jones Attraction – As you walk the path to the load area, the walls are strewn with symbols and hieroglyphics. These are the names of the attraction designers and also some cute messages, if you can decode them.

Jungle Cruise – the best thing about this ride is the corny jokes the tour guide tells!

Haunted Mansion – Tradition dictates you must say hello to the floating candlestick, affectionately known as Lumiere.

Also of interest is the organ in the Grand Ballroom this was the organ that featured in the Disney Classic 20,000 Leagues Under the Sea, and the voice of Madame Leota is that of the wicked stepmother in the Cinderella.

Club 33 the very exclusive and private club that Walt created for park sponsors sits above Pirates of the Caribbean and the shops of New Orleans Squares. If you look carefully you can see a very discreet brass plaque set in a doorway near the entrance of the Blue Orleans restaurant.

This subaquatic journey takes you deep within the depths of crystal blue waters aboard a real submarine on a quest to find Nemo. You’ll join Squirt, Dory and Marlin in search of the lovable clown fish from the Disney hit movie in one of the most unique theme park attractions ever built.

Mark Twain Paddleboat – This is the best-kept secret at Disneyland. If you ask a crewmember, they will speak to the ships captain and he will let you sail the ship! You get to sit up in the pilothouse with a great view of the Rivers of America and at the end of the voyage; you get a great certificate showing you piloted the Mark Twain. A must for any true Disney fan.

Inside Tip: Disney fans of all ages can earn their “captain’s license” by asking to steer the riverboat. Don’t worry: “steering” the boat is just Disney magic, and it’s impossible to crash.

Choose a guidebook or books to help you get acquainted with the parks, hotels and surrounding Anaheim area before you go and to decide what you want include in your Disneyland vacation package.

Find out Disneyland park hours, parade and firework times, and special event happenings so you can plan out your days. Disneyland Park hours are sometimes not available until 3 months prior to your travel dates.

Be realistic about the time you have and the time it may actually take to accomplish your list. Be flexible so you can get the most out of your Disneyland vacation package.

Don’t make a strict schedule for your family to follow; it could make your Disneyland vacation package a miserable experience. Have a basic itinerary or outline of attractions and activities you would like to see and do.

Character Meals are fun and the most popular, they can be reserved 30 days in advance.

When planning your Disneyland vacation package, make your travel and hotel reservations as far in advance as possible.

Research your Disneyland hotel options. Take into consideration that just because a hotel may have a cheaper rate it may not have all the amenities you would like during your stay. To save on travel time it may be worth it to pay a little more per night to be closer to the parks and make a better Disneyland vacation package. Find more information on the Disneyland Hotel and stay on site.

Once your are there, kick back and enjoy your Disneyland vacation package!

Enjoy the Outdoors by Going Hunting

Kid Travel Games and How To Amuse the Kids While Travelling

Going to Orlando? Advice for the Orlando Theme...

Planning Your Walt Disney World Vacation With Your...